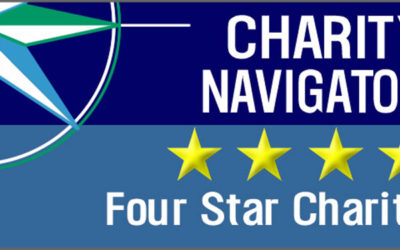 Restore Hope is proud that Charity Navigator, a major independent charity evaluator, has once again given our agency it’s highest rating: 4 stars. We are one of 6 agencies in Tulsa and one of only 13 in the state to achieve such a ranking. It is a team effort but we are so glad that you can donate to us with confidence that your gift will be used wisely and for the purposes intended. Below is the letter from Ken Berger, President and CEO of Charity Navigator (emphasis is ours):

“On behalf of Charity Navigator, I wish to congratulate Restore Hope Ministries on achieving our coveted 4-star rating for sound fiscal management and commitment to accountability and transparency.

As the nonprofit sector continues to grow at an unprecedented pace, savvy donors are demanding more accountability, transparency and quantifiable results from the charities they choose to support with their hard-earned dollars. In this competitive philanthropic marketplace, Charity Navigator, America’s premier charity evaluator, highlights the fine work of efficient, ethical and open charities. Our goal in all of this is to provide donors with essential information needed to give them greater confidence in the charitable choices they make.

Based on the most recent information available, we have issued a new rating for your organization. We are proud to announce Restore Hope Ministries has earned our second consecutive 4-star rating. Receiving four out of a possible four stars indicates that your organization adheres to good governance and other best practices that minimize the chance of unethical activities and consistently executes its mission in a fiscally responsible way. Only 18% of the charities we rate have received at least 2 consecutive 4-star evaluations, indicating that Restore Hope Ministries outperforms most other charities in America. This “exceptional” designation from Charity Navigator differentiates Restore Hope Ministries from its peers and demonstrates to the public it is worthy of their trust.

Forbes, Business Week, and Kiplinger’s Financial Magazine, among others, have profiled and celebrated our unique method of applying data-driven analysis to the charitable sector. We evaluate ten times more charities than our nearest competitor and currently attract more visitors to our website than all other charity rating groups combined, thus making us the leading charity evaluator in America. Our data shows that users of our site gave more than they planned to before viewing our findings, and in fact, it is estimated that last year Charity Navigator influenced approximately $10 billion in charitable gifts.

We believe our service will enhance your organization’s fundraising and public relations efforts. Our favorable review of Restore Hope Ministries’ fiscal health and commitment to accountability & transparency will be visible on our website as of October 1st.

We wish you continued success in your charitable endeavors.